When Life Gives You a Typhoon, Your Flight Gets Cancelled

Originally, I was supposed to land in Beijing on the 10th, however, due to typhoon incident in Nanjing, the flights from Shenzhen were cancelled. On the 9th, the night before my supposed flight on the 10th, I “thought” I booked a train ticket from Shenzhen North station to Beijing North Station, nevertheless, the transaction never went through due to either crappy internet connection at the hotel or the tickets were sold out. I was oblivious to this as I bolted to the train station the next morning and lined up for an hour to have the ticket issuing personnel tell me that there was no ticket under my passport. $#@%!

(On 7/11/15) While descending down to 南苑机场, I couldn’t help but notice smog. Yes. Bloody air pollution. The time was past six o’clock in the evening and I attempted to reach my hotel by taking the bus (特11). This was clearly a mistake. I got on for three stops before fast pacing it towards the nearby metro station. From the moment I got on the bus up-till I made it down to the metro, there were people flooding the streets and filling every corner.  During these moments I strongly disliked Beijing. I stayed at the “Rest Motel” (锐思特汽车连锁旅店) located on 和平里北街站.

In a stark contrast to the urban jungle that is Beijing’s city environment, this place was a relief for nature lovers and for individuals who burst into moments of sheer happiness at the colour green that is not money. This place was very enjoyable. 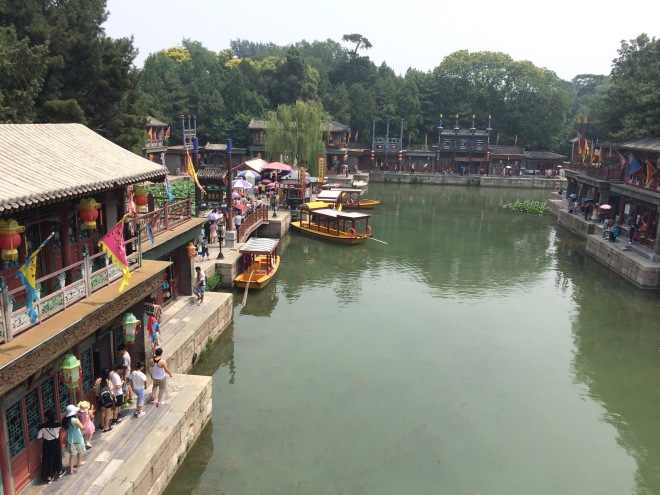 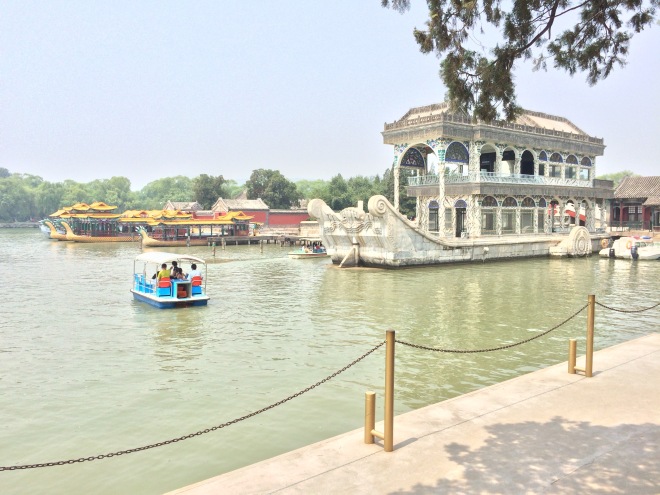 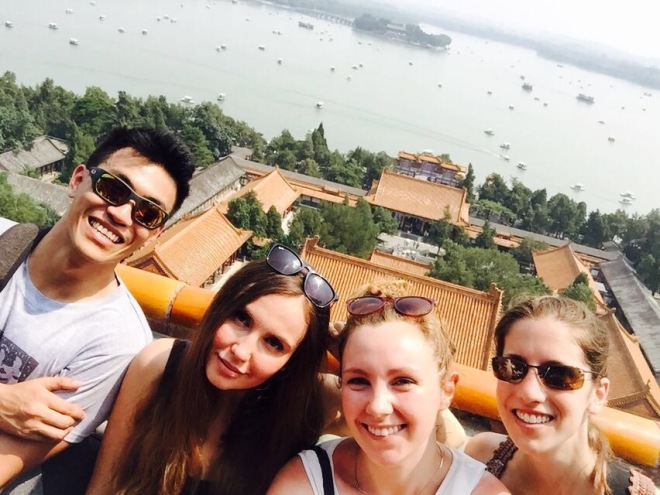 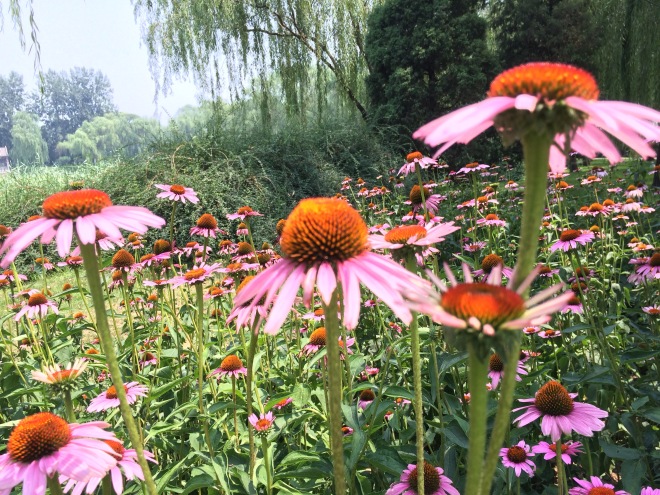 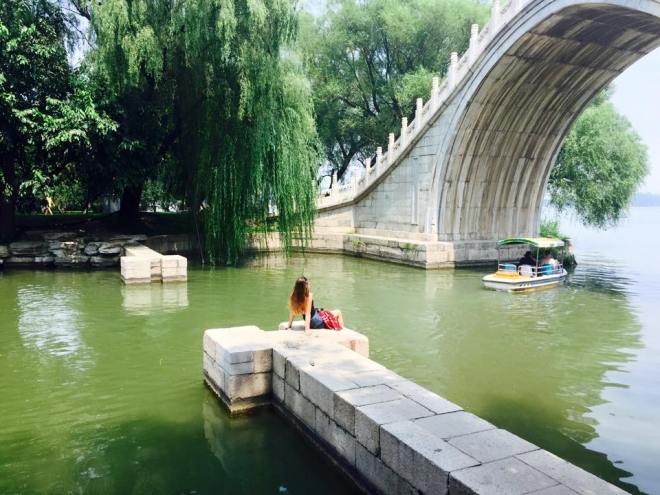 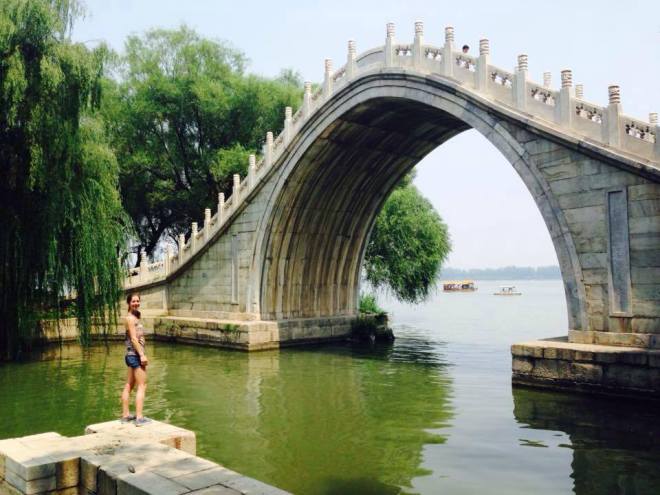 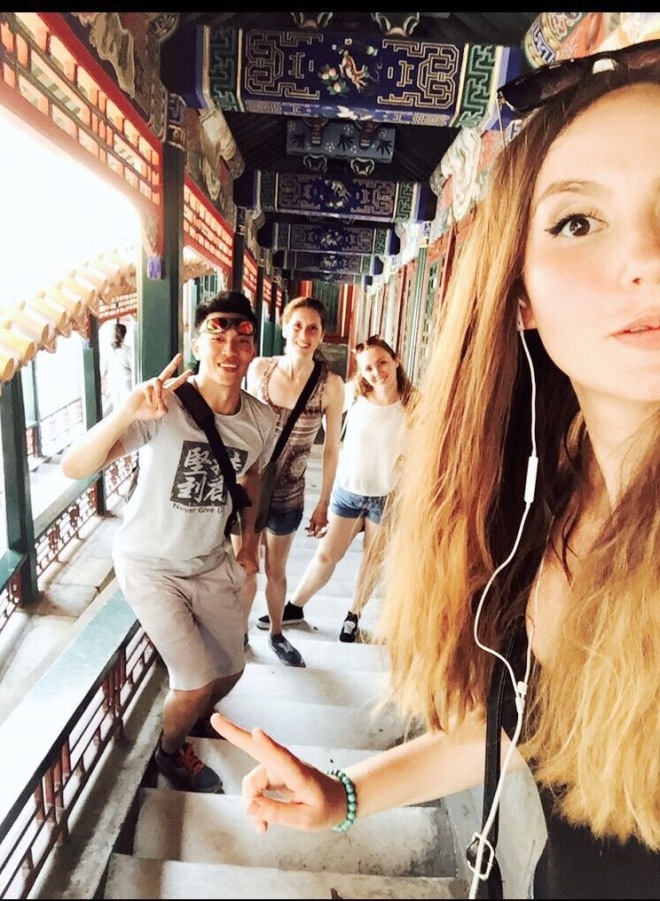 “The Great Line (Umbrellas) of China” 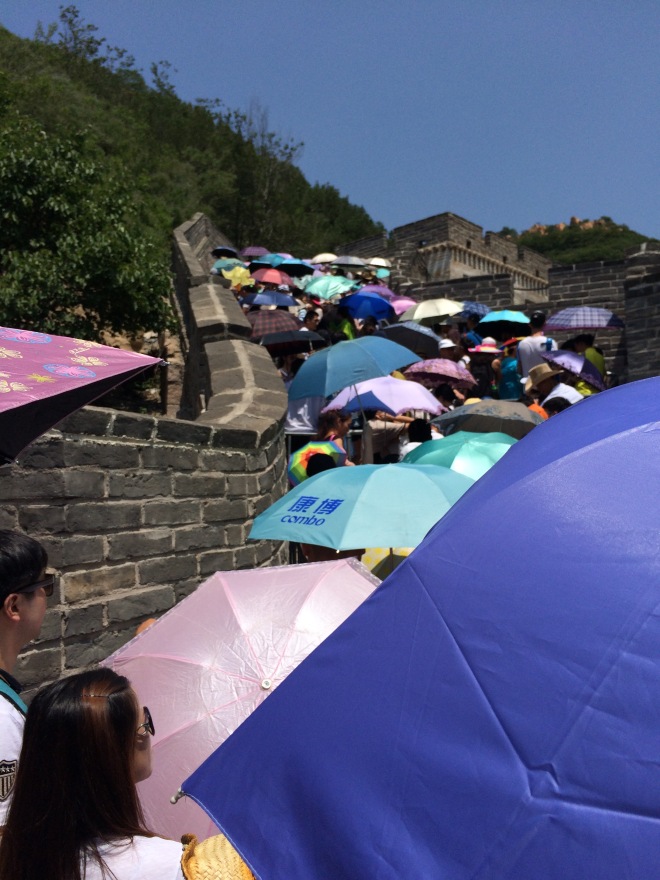 “The Trash of China”

“The Germany Friends I’ve made in China”  (Emily and Marsha) 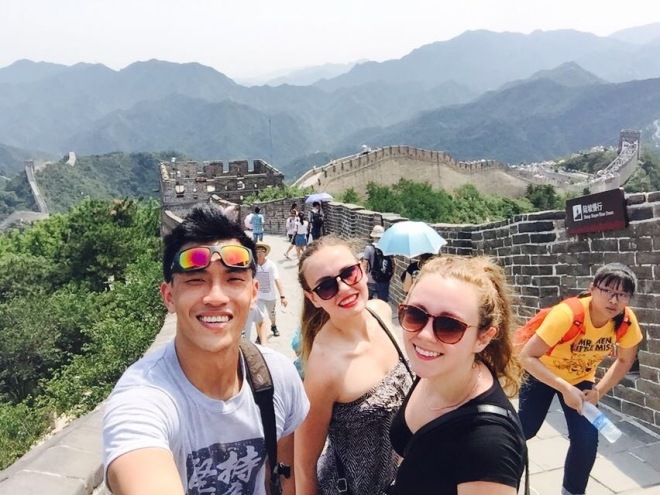 The Great Wall of China was “great”. But I wouldn’t come back to revisit the site. You see one section of the wall. You pretty much seen it all.

After enjoying a glass of margaritas from a local bar just at the entrance of Back Lake (near 杀海战）looking across the lake, my friends and I walked around the area to be utterly impressed by the thick liveliness and robustness of this district. Almost every restaurant had its own live band, some even hired professional pole dancers that even got the children excited enough to take pictures with a DSLR. Yes. She was that awesome. I am so jealous of my friend, Julia, who will be residing in a nearby apartment thats walking distance to this lake. So jelly I am going to need some peanut butter. 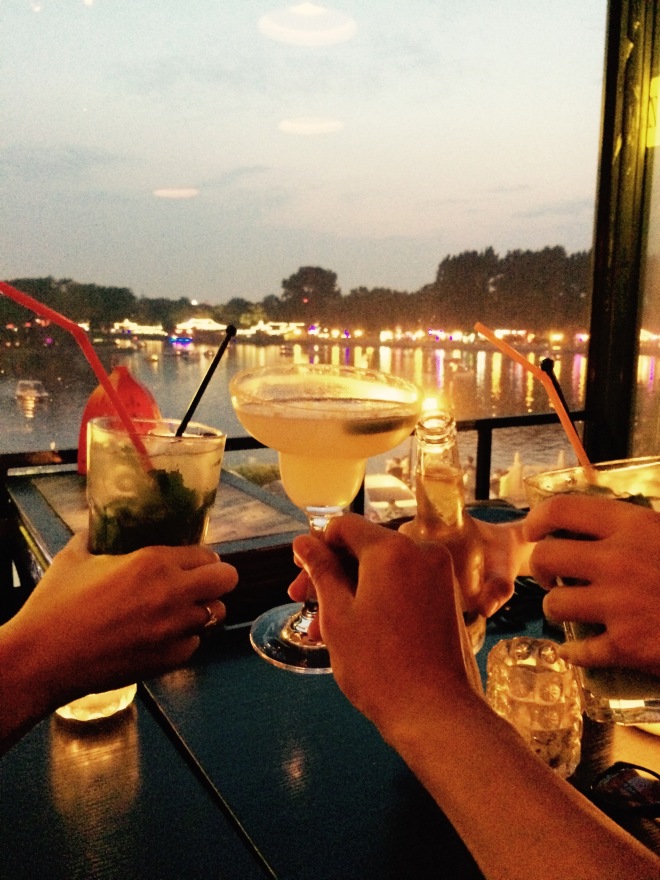 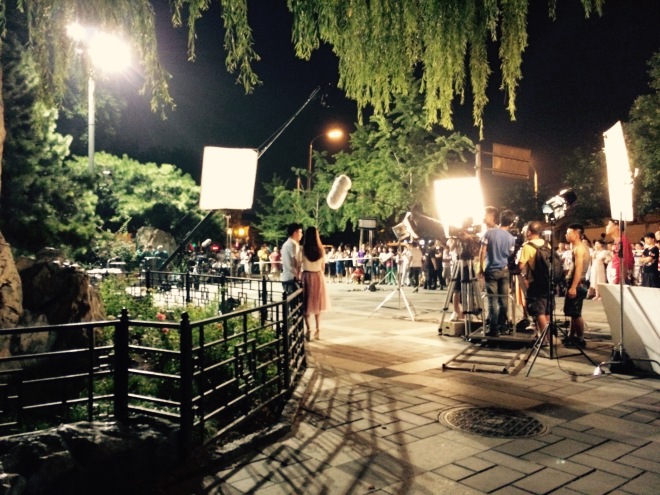 In the end, I was quite sad to leave Beijing. I wish I had a couple more days to spare to explore the city more thoroughly. To quote the previous governor of California, “I’ll be back.”